The Working Group on Slavery and Visual Culture is an interdisciplinary forum based concurrently at Yale and the University of Chicago. It was created  to discuss research related to images of slavery and the slave trade as well as the creation and use of  images and objects by enslaved peoples and slaveholders. Our aim is to explore the multivalent relationship between slavery and visual cultures, examining themes such as visuality and memory of the slave trade; the role of the gaze and surveillance in slave societies and societies with slaves; regional comparisons of visual regimes associated with slavery; visual culture’s connection to racialized regimes of slavery; and the roles played by self-fashioning and the accumulation of visual capital by the enslaved.

The Working Group, founded in 2016 at the University of Chicago by Agnes Lugo-Ortiz, Larissa Brewer-García, and Cécile Fromont (now at Yale), now has a new organizing member Danielle Roper. It is now a collaborative endeavour between the two universities. For information about activities in Chicago see: https://voices.uchicago.edu/slavicult/ 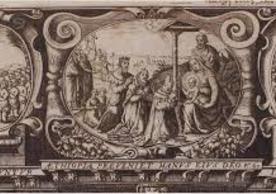 October 27: Public Lecture by Simon Gikandi (Princeton University), “The Spaces of Enslavement: Rethinking the Architecture of the Castle/Dungeon”

February 14th: Public lecture by Carmen Fracchia (University of London), “Picturing the Emergence of the Emancipatory Subject and the Formation of the Black Nation in Seventeenth-Century Spain”

April 13h: Public Lecture by Anne Lafont (French National Institute of Art History in Paris), “How did Skin Color become a Racial Marker ? The Contribution of Art in the Eighteenth Century”